Like many of history's great vocal talents, Steve started singing from an early age. From the age of 10 through 13, Steve began his career performing on "The Children's Hour" TV show that aired on ABC Saturday evenings, as well as "Star Time", a popular NBC variety show. By the time he was in high school he formed his own acapella group called Steve and the Valatones. One can almost still hear the strains of those crisp clear harmonies from the pier at Palisades Amusement Park. The Valatones often shared the same bill with performers like Bobby Rydell. To supplement his income, Steve also did TV commercials and modeled clothes for the likes of Alexanders and Macy's. Steve also sang with a jazz trio, performing at various nightclubs and venues in and around Manhattan, and was a regular on WFAS broadcasting live on Saturday nights from Sergio's in Hartsdale where Frank Sinatra made the occasional appearance.

Eventually, Steve joined the Larry Elgart Orchestra and began performing in earnest all over the USA and Canada, including the famous Riverboat in the Empire State Building. Upon being discovered by Cy Coleman when he was 23, Cy signed Steve to a contract and became his personal manager. Cy himself was already a legend, and wrote many hit songs for Frank Sinatra and Barbra Streisand, among others. "Witchcraft"..."The Best Is Yet To Come"..."Big Spender"..." Hey Look Me Over" are just a few of Cy's compositions. Cy also composed all the music for "Sweet Charity" starring Shirley Maclaine for which Steve sang the title track. He also performed Cy's music at popular New York City hotels like the Plaza and the Waldorf, singing with Richard Kiley and Jerry Orbach. New Yorkers who loved the Big Band sound could find Steve at the Rainbow Room where he performed 6 or 7 nights a week for 3 years now thats a long gig!) at the world famous night club on the 65th floor of the NBC (now GE) building in Rockefeller Center. The band was so popular, they even broadcast a live tv special honoring Mary Martin of Peter Pan fame. Also on the show with Steve were Michael Feinstein and Nancy Wilson. Some of the musicians Steve has had the distinct pleasure of working with over the years include Michael Brecker... Steve Kuhn...Cameron Brown...Dave Finke...Billy Drummond just to name a few. Tony Bennett, paying Steve the ultimate compliment after catching the show late one night at the Rainbow, said to him..."keep singing kid...we need younger guys like you in the business... we need singers that can really sing the great standards".

...Steve Leeds sang at The Rainbow Room, the supper club in midtown Manhattan. At the performance, his considerable vocal skills, backed by the tight, crisp sound of a great orchestra, quickly won over the crowd."...

"...Mr. Leeds worked his way through a dozen American standards and drew several standing ovations during the hour plus long performance."... 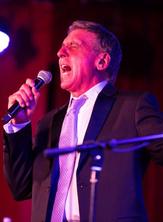 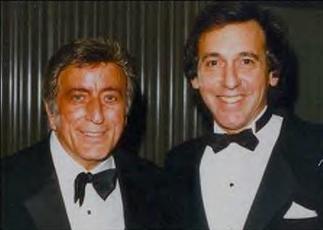