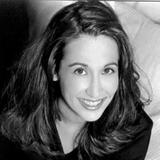 ​Roberta Rehner was born in Sharon, Pennsylvania. She grew up in a family of musicians. Roberta's grandfather, Albert Billen, was a saxophone and clarinet musician, and was the band leader of the Al Billen Orchestra, in Sharon. Father, Robert Rehner is a retired music teacher, pianist, and bassist. He is a former member of the band The Brass Taxi. They opened for The Manhattan Transfer,The Letterman,The Four Aces, and The Bob Newhart Show.

Roberta has been studying voice, dance, piano, and theater since she was a very young girl. She holds a B.A. in Communication from Thiel College. Roberta has worked as a radio personality. Since 2002, she is a cantor at St. Patrick Catholic Church in Palm Beach Gardens, Florida. She is also a cantor and vocalist at Cathedral of St. Ignatius Loyola in Palm Beach Gardens, Florida since 2008. Roberta also teaches private voice (Bel-Canto) and piano lessons to children and adults since 2007 out of her home studio, as well as, Music Man,Inc. in West Palm Beach and Absolute Music Studios in Jupiter, FL. She has also taught at other music institutions including Jupiter Academy of Music (JAM) and the former Atlantic Arts Academy in Jupiter, FL.

She prides herself on being quite diversified in her singing styles. She not only sings classical art songs and arias, but performs sacred, musical theater, jazz, rock, and madrigal styles. She has even performed with a three-part A Cappella group "The Caroling Company" of Broward County. Roberta gives many cabaret and classical concerts around South Florida as well. Roberta was a guest vocalist for the Palm Beach Gardens Concert Band at the, Eissey Theater at Palm Beach State College in Palm Beach Gardens. She was honored to perform for the 82nd Airborne Corp. Division.

With a love for the stage, she also performed in Puccini's "Turandot" with the Palm Beach Opera at the Raymond F. Kravis Center for the Performing Arts. Roberta has appeared on many stages around South Florida. This includes, the Coral Springs Center for the Arts for the world premiere of "My Catskills Summer" Orchid Street Productions by Writer/Producer, Jay Kholos., Nashville, TN.

She has worked and performed with renowned composer and pianist, Donald Waxman, on his vocal and piano/violin compositions at the Steinway Piano Gallery in Boca Raton, Florida. She has studied under Marilyn Mims, a soprano and former Metropolitan Opera singer as well as Dr. Suzanne Galer. Additionally, Roberta has studied with the late Dr. Richard Adler, Broadway's beloved Composer and Lyricist of The Pajama Game and Damn Yankees.

On January 24, 2014, Roberta completed her senior recital as a student at Palm Beach Atlantic University, where she is obtaining her second Bachelor degree in Music, as a vocal performance major. Roberta has future aspirations to obtain her Master's Degree in voice.

Roberta is the feature vocalist in her new Jazz Trio which has performed holiday shows, cocktail parties and galas at local venues i.e. LaPosada in Palm Beach Gardens and Quail Ridge Country Club in Boynton Beach. She was also the featured vocalist at many local venues, including The Lake Worth Playhouse in Lake Worth, Downtown at the Gardens in Palm Beach Gardens and Bahia Mar in Ft. Lauderdale.