Redwine & Kole have performed as guest artists on Norwegian, Holland-America and Hapag-Lloyd (German) cruise lines for many years.  They also initiated Dinner Theatre at the 5-Star Kempinsky-Atlantic Hotel in Hamburg, Germany with great success).  In addition, the appeared in the famous “Schleswig-Holstein Music Festival in Hanover, Germany.  Their appearance made the German TV news.  A 15-minute mini-documentary “Redwine & Kole – A Day in the Life” was filmed and shown on German Television. They also performed for numerous gala events for international companies such as Siemens, Deutsche-Post and Mercedes Benz.  Additionally, they were veteran performers in the Catskills located in upper state New York as the main attraction for many years.

They have performed in the condo circuit in South Florida for more than two decades, appearing as headliners at major condos such as Century Villages, Huntington Point, and Kings Point.

They are now currently residing and performing in Florida and perform here in the United States and throughout the world. 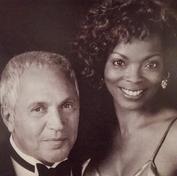