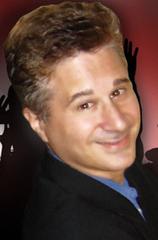 As a writer in Hollywood, Peter was a member of the elite Warner Bros. Comedy Writer’s Workshop (Class of 1999) and is a proud member of the Writer’s Guild of America as well SAG/AFTRA/AEA. While there he had the privilege of working with and writing for Paul Jackson, television producer/writer of such shows as SheSpies, The Adventures of Lois and Clark, & Charmed.

Recent assignments include writing for Germany’s #1 award-winning sitcom, Rita’s World (yes, they have comedy in Germany). The show consistently rates as the number one comedy program in all of Deutschland and was, I am proud to say, the recipient of the prestigious Adolf Grimme Preis award, which is that country’s equivalent of our “Emmy.”

Peter also has 2 major screenplays in development. Recent articles by Peter Fogel have appeared in Benzo Magazine and Inside Direct Mail, Sharing Ideas, DM News, Writersweekly.com and Writingfordollars.com. His material has been quoted in books such as The Comedy Quote Dictionary, and he recently contributed to Bob Bly’s book, Careers for Writers and & Others Who Have A Way With Words [Member of the National Speakers Associations]. He is the author of the critically acclaimed book “If Not Now… Then When?” Stories and Strategies of People Over 40 Who Have Successfully Reinvented Themselves.