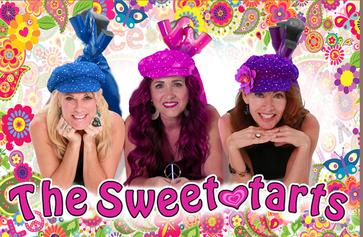 From Cleveland Ohio Liz Sharp grew up in an exceptionally musical and artistic family. With mother Iris, a jazz singer and painter and father Fred Sharp a Cleveland guitar institution and jazz historian they in the mid teenage years worked the club circuit together and Fred traveled with some of the earliest touring bands in the 1940’s.

Among her other talented siblings, her brother Todd closely followed in their parents footsteps too and he picked up the guitar at age 10 and joined the musicians union at age 16. He was touring with Hall and Oats at 19 and later achieving legendary status, touring, and writing with and for notables like Rod Stuart, Delbert Mclinton, Fleetwood mac and many more.

Starting out at age 21 Booking herself and her bands into premier clubs opening for notables like Henny Youngman, Spiro Giro and singing on Jingles through out Cleveland, New York, Los Angeles, Chicago and on to South Florida in the decades ahead she has enjoyed a very rich and diverse singing career.

She’s been described as a chameleon in the way that she delivers a song with versatility and strength because it’s how she feels it at the moment. If it feels edgy or smooth or gritty or improvisational she has the tools to delivery her message to your core. Be it sweet, gritty, smooth or heart breaking. You never know exactly what she’s going to do up there vocally and neither does she and this is what fuels her energetic stage persona as she interacts with the band and with the audience she’s very refreshing and approachable.

Jill Minor was born in Detroit, Michigan. Knowing that music was her passion at an early age, she started singing professionally at the age of 18 and has never looked back.

Her talent for being a vocal chameleon has led her to cover hundreds of songs with some of the top musicians in South Florida. She has shared the stage with members of the Bee Gee’s band, and most recently, America’s Got Talent golden buzzer winner, Mandy Harvey.

Jill added to the Miami Freestyle Music Movement, when her song, "Match Made Up in Heaven", reached number 28 on Billboard's Hot Dance Music chart and has been involved in many other studio recording sessions, for other artists.

She has opened for New Kids on the Block, Tone Loc, Taylor Dayne, ELP and many other pop groups.

Jill was the official National Anthem singer for the Florida Panthers and the Miami Heat for several years as well events for The University of Phoenix and motivational speaker, Anthony Robins. She continues to sing the Anthem for large events and for her hometown, The City of Sunrise, Florida.

Always the consummate professional, Jill has adapted to performing most every genre of music over the years.

Susan Jorgensen has resided in South Florida since 1984. Her childhood dream was always to become a professional singer, however she became instead, a Master Barber of more than 30 years and owner of several Barber shops. Her dream of becoming a professional singer amazingly came to fruition and she has been performing in the South Florida area for many
venues, shows and private parties.

NOW!! Susan is the newest member of the sweettarts! Passionate Plum has a sound that will take you back to a time in musical history where the music was filled with Sunshine Lollipops & Rainbows. Susan's voice is haunting, beautiful and there is a sincerity in her voice that is a rare find! You';re going to LOVE this Passionate Plum sweettart.