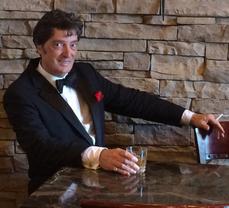 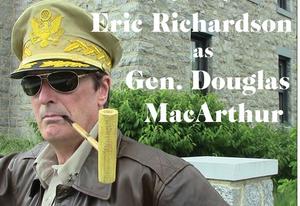 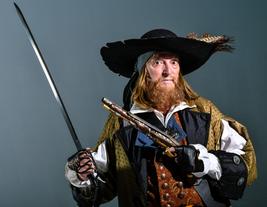 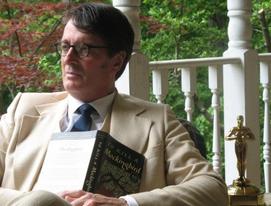 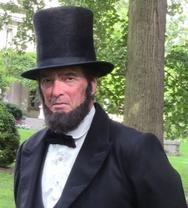 Eric is an actor, vocalist, and overall master of "character", having played diverse roles ranging from Fagin in Oliver to Sky Masterson in Guys & Dolls. He has even recreated Gregory Peck's Atticus Finch in To Kill a Mockingbird. As a graduate of The American Musical & Dramatics Academy (NYC campus), Eric gained the tools necessary for his future successes in character development, as did his two years of experience as Swing and U/S, for the 2nd National Touring Co. of the Broadway mega-hit Annie. From having appeared in numerous roles on stage, in film and TV, Eric's approach to any character lies in the detail, which makes every one of his characters unique and whole.

While Eric has long been able to sing Dean's signature, Everybody Loves Somebody, his immersion into "The King of Cool" himself, is a rather recent occurrence. In September of 2008, he attended the Sunburst Convention of Tribute Artists. His success in Florida  led to his first gig in Kansas City, at the KC Power & Light District's version of Dick Clark's "Rockin' New Year's Eve. Eric then teamed up with a "Jerry Lewis”, and they booked many great gigs as a Martin and Lewis Tribute, The Crooner & The Comic. Their success led them to an invitation to perform at the 2009 Dean Martin Festival, which is held annually in Dino's hometown of Steubenville, Ohio. As a solo act, Eric was honored in 2012, receiving the "Classic Crooner" Reel Award, for his tribute performance as Dean Martin, at the 21st Annual Celebrity Impersonators Convention, held at the Golden Nugget Resort & Casino in Las Vegas!!!

Eric next added "Gregory Peck" to his tribute lineup, appearing as Abraham Lincoln (The Blue & The Grey), Gen. Douglas MacArthur (MacArthur), and Atticus Finch (To Kill a Mockingbird)! It was Eric's success with Peck's version of Lincoln, which led to his Tributes to the P.O.T.U.S., giving him the opportunity to appear as Ronald Reagan, F. D. R., and George Washington, as well as Peck’s Lincoln.

Now, under the heading of The Summit Wedded Bliss, many choices are available for themed wedding and vow renewal ceremonies (ULC ordained officiant), using any of the "characters" that The Summit Tribute Group can provide...even some yet to be created, so let your imagination run wild and make your event memorable!!!

On September 12, 2014, to help celebrate the 200th Anniversary of The Star-Spangled Banner, Eric was asked and honored to sing our National Anthem as Francis Scott Key, at Baltimore's Oriole Park at Camden Yards!

Eric has added James Bond to his list of tributes! And the journey continues... The latest is Eric's vision of the great surrealist, Salvador Dali!!! (Hello Dali!) Now THIS, should be interesting... Numerous opportunities and projects are on the horizon, so stay tuned, Pallies!