Ben has also circled the globe for the United States Dept. of Defense entertaining American troops in Greenland, Newfoundland, South Korea, Japan, Okinawa, Guam, Iceland, Germany, Italy, Spain, Puerto Rico, Cuba, and the Virgin Islands. For these efforts he was thrice awarded the Certificate of Esteem by the U.S. Department of Defense. He was also honored with a specialMaya Proclamation, "Philadelphia's Thanks to Ben Kurland for Troop Morale Support" by the Philadelphia City Council.

For the past 8 years, Ben has lived in South Florida. He has performed at several venues, including Century Village, Sunrise Lakes Phase 3, Kings Point, and Wynmoor. 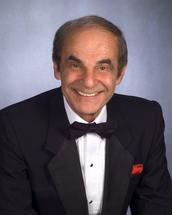